Yang Tai Chi Chuan (yahng tie chee chwahn) is the most widely practiced style of tai chi in the world. Evolving from ancient qigong (chee-gung) routines, Yang Tai Chi Chuan provides a non-impact form of exercise that promotes energy flow and optimizes the functioning of all bodily organs and systems. 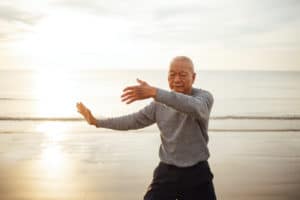 The benefits of regular tai chi practice include relief from stress and the discomforts of arthritis, a stronger immune system and enhanced functioning of the sympathetic nervous system and circulatory system. Although health optimization is the primary reason people practice tai chi, Yang Style also provides excellent self-defense techniques cleverly disguised within its movements. The complete training in this program will include a short form, a long form, a tai chi saber form, a double-edged sword form, drills for improving balance and the sense of touch, self-defense applications, and a variety of qigong exercises.

Golden Talon Kung Fu offers a balanced blend of fundamentals, techniques, philosophies and training methods from both Northern and Southern styles of Chinese martial arts. Developed for practicality, Golden Talon primarily focuses on Wing Chun, a style studied by Bruce Lee and used as the basis for his famous fighting systems, Jun Fan and Jeet Kune Do. 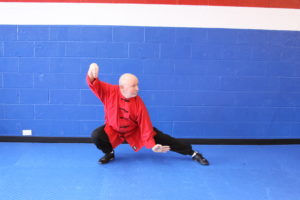 Wing Chun is an ideal style for women’s self-defense since its techniques were designed for close range application, and because it is the only formal martial arts system developed by a woman. Students of Golden Talon will experience a challenging workout, gain practical self-defense skills and receive a well-rounded education in traditional martial arts practices. The complete training program includes strength and flexibility exercises, an extensive arsenal of offensive and defensive techniques and skill enhancement drills along with a variety of empty hand and ancient weapons forms.

Baguazhang (bah-gwah-zh-ahng), or Eight Trigram Palm, is an internal style of Chinese martial arts similar to Tai Chi. However, unlike the linear forms of Tai Chi, Baguazhang forms are practiced in circular or figure-eight patterns. The practice of baguazhang builds internal energy for optimization of health and powerful self-defense techniques. As its translated name implies, the hand techniques of Baguazhang incorporate the palms rather than the fists.

This unique form of martial arts, used by the ancient Chinese Imperial Guards, teaches a spiraling delivery of self-defense techniques instead of the more common straight line approach. There are many styles of Baguazhang, however, this program will focus on the Jiang Roung Jiao (jong roe-ng jee-ao) and Jui Leung (joo-ee loe-ng) styles. The training will include the Jiang Roung Jiao “Original Form” pattern, along with applications from both styles and a variety of training drills from Jui Leung (Nine Dragon), a style taught to the Texas Rangers.